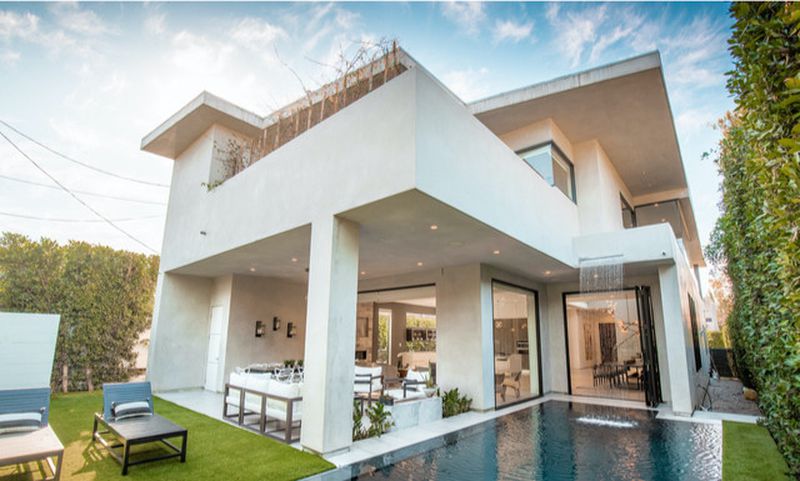 Drew Taggart has discovered a friend in the real estate market. The DJ of Chainsmokers has sold his cutting edge West Hollywood burrows to a corporate entity attached to Myspace co-founder Tom Anderson for $3.8 million. Yes, you heard that right, that Tom from Myspace.

Completed in 2016, the smooth structural estate is not particularly the same as Taggart’s recent residential pickups, which a more traditional style. This one highlights clean lines, open spaces and dividers of glass across two stories and 4,758 square feet. On the primary floor, present day fixtures to the foyer, the dining are and chef’s kitchen are equipped with custom cabinetry. The open-idea space, inundated with shades of gray, also adds a living room with a built-in fireplace. A floating staircase leads to the top level, which holds four bedrooms and three balconies. In the master suite, there’s a sitting room, tile-lined bathroom and dual walk-in closets. Outside, a second-story fountain trickles into an infinity-edge pool and spa. Flanked by hedges, the indoor-open air space additionally offers a patio and small turf yard. The property is found in the Melrose District, set on a little lot equidistant to Santa Monica Boulevard, Fairfax Avenue and Melrose Avenue.

Taggart, 29, won a Grammy with bandmate Alex Pall for their 2016 single “Don’t Let Me Down,” which topped at the third spot on the U.S. Board Hot 100. The EDM-pop outfit discharged their introduction collection, “Memories… Do Not Open,” in 2017. Anderson, 48, co-founded Myspace in 2003 with Chris Wolfe and later served as president of the social networking website after it was acquired by News Corp. in 2005 for $580 million. The entrepreneur became synonymous with the website as because his “Tom from Myspace” profile was the default first friend to any user who created a profile on the platform.